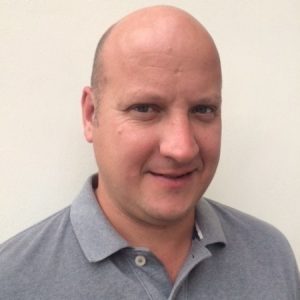 Richard Pakey is a franchising veteran having worked with Vision Express in the mid 1990’s and quickly went on to a management position, he later ventured into the independent optical business sector with direct experience of the wholesale, distribution and retail model.

Extensive travel during this time also gave Richard the opportunity to explore the differences in the way businesses operate internationally and start a keen interest between the UK and Australia, who are very “pro” franchising and Richards connections down under have been well established for 20 years.

Richard became a business owner himself after qualifying as an Optician in 2002, and in 2005 established a high street optical retail business with a wholesale division. Richard soon became recognised as a game-changer in the industry, finding new ways to market and grow the business, with licensed brands such as Cartier, Chopard and Lindberg. The retail business was sold in 2012 to focus on a recently co-founded start-up, called Growth UK which advised independent retailers how to market and profit from the business format they were in and Richard provided strategies and solutions to self-employed store owners in the same way that market leading franchisors do today.

Richard is also a published author on the subject of sales and marketing, called ‘It’s Time To Fight Back’ printed in 2011, and was regularly invited to comment on industry related subjects from the likes of The Daily Mail, The Sun and sector specific insiders, who also ran a regular full page column.

Richard sold Growth UK, in 2016 and he is currently retained by the international franchisor, Local Appliance Rentals dealing with all their new franchise enquiries and as Lime Licensing Groups Regional Director he manages all of Lime’s client base in a large region from North Lincolnshire and East Anglia down to London.

How can Richard help you? “I benefit from my strong commercial background, I’ve made some mistakes along the way too, however, with the benefit of Lime’s extensive franchise resources and inventory nationwide, together we can help you achieve faster growth through franchising, utilising a company that can handle all aspects of the journey, both strategically and with implementation”.

To arrange a free initial consultation with Richard please complete the form below;