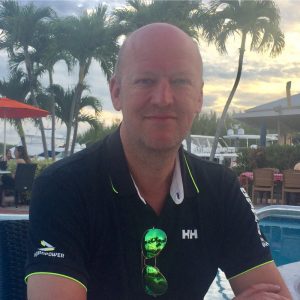 Andy Cheetham (52) has a strong commercial background that includes blue chip FMCG experience with Rothmans International PLC and now over 24 years experience at board level within the franchise industry. Andy’s franchise experience includes over 10 years as Sales Director for retail supply group Cottage Industries Ltd where Andy was responsible for all aspects of the franchisee function including new start up franchises, re-sales and international representation. With a UK network comprising 167 franchisees across three brands the company was a major franchising success story through the 1990’s. Andy and his family sold the group in March 2002.

Andy formed Franchise Pro Ltd in 2003 and began personally working with high profile franchisors including Pitman training PLC and also Concept Building Solutions who under Andy’s stewardship was the UK’s fastest growing “white collar” franchisor with a national branch network of over 100 franchisees achieved in only 17 months. Franchise Pro had 6 franchised in the UK & Dublin and it’s consultants advised over 60 UK franchisors on franchising strategies. Andy sold the company to Matchpoint inc, the US franchise consultant network in December 2007.

Further success followed in 2008 with his own brand Ambience, a wedding styling company, which became the market leader within 18 months as a result of Andy appointing 41 franchisees around the UK and Eire with a network turnover of over £1.5 million. Ambience was sold as an ongoing concern in 2012. Andy also completed an 18 month post with the Brazilian Soccer Schools where he mentored the UK MD on domestic and international franchising during a period of significant turnaround for the brand.

Andy has run “franchising your business” seminars on behalf of the Bradford Chamber of Commerce and Business Link as part of their “Masterclass” program of specialist events and also on behalf of several leading law firms in conjunction with other industry experts and major high street banks including The Royal Bank of Scotland and NatWest. He has been booked to deliver the seminar “Idiots guide to franchising any business” at the Franchise Show, Excel 2019. Andy has also provided industry comment, articles, editorial and advertorial content to most of the key franchise media including, The Daily Mail, The Daily Express, Franchise Opportunities magazine,and Business Franchise magazine to name but a few.

Andy has now clocked up in excess of 1900 domestic franchise sales for numerous brands, including both start ups and re-sales in the UK and overseas, he is also a multiple franchisor who has successfully built up and sold his own networks. In doing so has become one of the UK’s most consistently successful franchising professionals.

Internationally Andy has established overseas representation for several brands by negotiating franchise, licensing, distributorship and agency agreements depending on the specific circumstances. His overseas experience also includes the compilation of feasibility studies and reports for several companies in the USA and feasibility work in Holland, Belgium.

Andy has become a highly sought after licensing specialist with a string of successful brands behind him.

Recommending elite strategies, structures, fees and processes for both new and established franchisors and managin numerous franchise recruitment campaigns has given Andy a comprehensive understanding of all franchise issues and access to a skill set that is invaluable to any new or established Franchisor.

To arrange a free initial consultation with Andy please complete the form below;